July 15, 2017
It's my Pop Pop's birthday... I wish he were still here to see my babies as they've grown. I know he's be proud & that makes me happy. He fought for his country and ultimately his country failed him so he's no longer with us but I'll always remember how awesome he was..
Growing up he had a lot going on in that mind of his due to the Vietnam War but those that loved him looked past that. I remember having to wake him up from across the room because of the horrible dreams he'd have.. I remember finding his camping spot in the woods behind our home because some nights he felt safer in the middle of the woods. There would be a full on campsite with a place to sleep, food stored away and more.
He made me appreciate the little things and always had love for the seasons but more than anything he loved the beach. It was his home. One of my best memories was during a snowstorm. He'd promised me and my brother a trip to get ice cream and the snow wouldn't stop so he got us all bundled up and we walked through the storm for ice cream. It was so much fun... those little memories always mean the most.
One of the last times I saw him we were at the beach.. the rain came up and we could see it heading our way so we had to rush to the van but still ended up soaked. We all laughed and enjoyed it so much! We went back to his house and had a little cookout.. my babies were all so little. He lived in Ormond Beach before we moved to Florida.
He moved up north not long after that to Massachusetts so he wasn't here when I first moved to Jacksonville.  He had just moved back to Ormond Beach when he passed away. I wish I could have seen him one more time, I wish we could have taken one more trip on the beach and he could've been there to see my babies graduate but I know he's proud ❤ 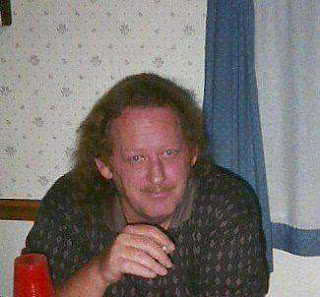